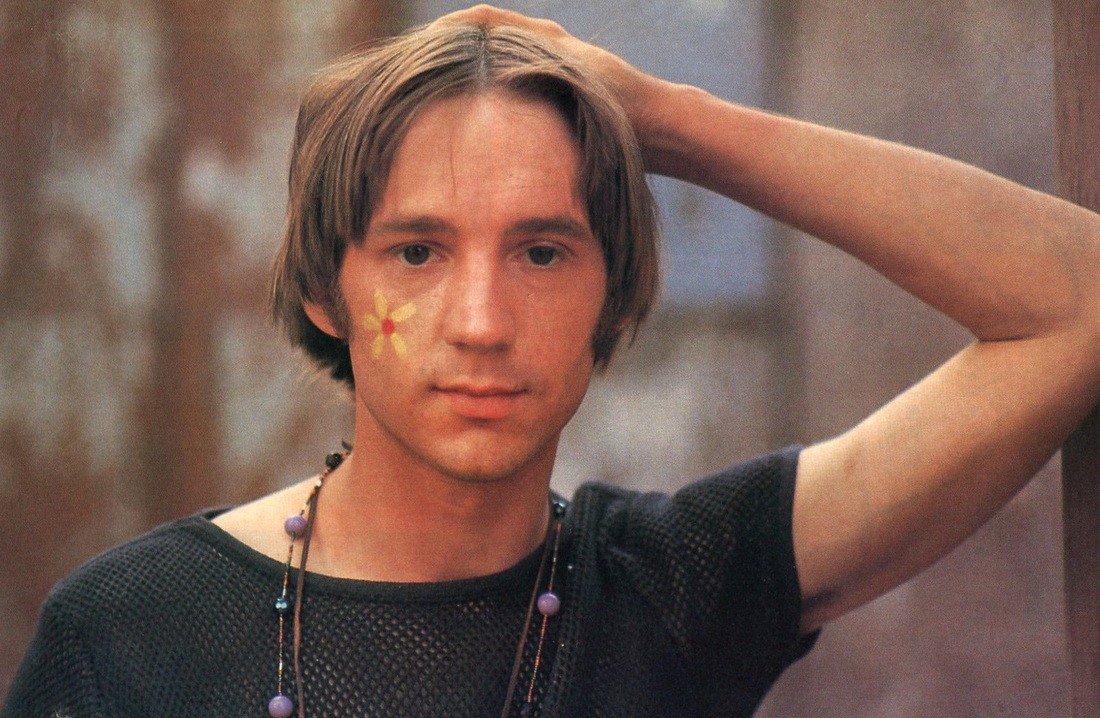 Peter Tork (The Monkees) was born Peter Halsten Thorkelson on February 13, 1942 in Washington DC. His father John taught economics at the University of Connecticut. He began studying piano at the age of nine, showing an aptitude for music by learning to play several different instruments, including the banjo, French horn and both acoustic bass and guitars. Tork attended Windham High School in Willimantic, Connecticut, and was a member of the first graduating class at E. O. Smith High School in Storrs, Connecticut. He attended Carleton College in Minnesota but, after flunking out, moved to New York City, where he became part of the folk music scene in Greenwich Village and with his guitar and five-string banjo he began playing small folk clubs. He billed himself as Tork, a nickname handed down by his father, and reportedly played with members of the soon-to-be formed band Lovin’ Spoonful (Summer in the City). While there, he befriended other up-and-coming musicians such as Stephen Stills (Crosby, Stills Nash and Young).When Tork “failed to break open the folk circuit,” as he later phrased it, he moved to Long Beach, California in mid-1965. Later that summer, he fielded two calls from his friend Stephen Stills (Crosby, Stills, Nash and Young), who had auditioned with more than 400 others for the Monkees. Stills urged Tork to try out. “They told Steve, ‘Your hair and teeth aren’t photogenic, but do you know anyone who looks like you that can sing?’ And Steve told them about me,” Tork told the Washington Post in 1983.

Tork was 23-year-old when TV executives cast him in the Monkees and promoted the quartet as America’s answer to the Beatles. Critics derided the Monkees as the “Prefab Four,” but the slapstick NBC comedy series that premiered in 1966 helped make them and their good-time pop a phenomenon. The Monkees became the first video band, foreshadowing the craze for music television that emerged in the early 1980s. In its first season, the series won an Emmy Award for outstanding comedy.

At first, the Monkees were greatly aided by producer Don Kirshner’s stable of songwriters, who penned original songs for the group. They included Tommy Boyce and Bobby Hart’s chart-topping “Last Train to Clarksville” and Neil Diamond’s “I’m a Believer.”
Reviled by critics at the time, the band later gained critical respect for its catchy, upbeat music.
Only Tork and Michael Nesmith had a musical background when they joined the Monkees, which also featured actors Dolenz and UK born Davy Jones. Backed at first by studio musicians, they eventually assumed more control over their music and by their third album, 1967’s “Headquarters,” the Monkees were mainly doing the songwriting and performing. Tork once pronounced it “an OK record for a young garage band.”
The TV show lasted two years and was canceled in 1968, the same year the group released the movie “Head” — written by series producer Bob Rafelson and actor Jack Nicholson — filled with in-jokes about the band’s commercial nature.

In 1968, Tork was the first to leave the group. He later said he was disappointed the Monkees had failed to make rock music a priority over show business. The band broke up 18 months later.

Post-Monkees, he “went through an identity crisis,” Tork told The Times in 1979. “I called up Dick Clark and said, ‘Put me on the road.’ He said, ‘Get a hit record; nobody will recognize you.’ … I thought 37 promoters would be dying to have me perform.”

Plagued by substance abuse, Tork had little memory of the next several years and later said he gave away much of the money he had earned in that initial burst of fame. At one point in the late 1970s, he was a singing waiter in Venice.
In 1972, he was arrested for possession of hashish while crossing the border from Texas to Mexico. He served several months in a federal prison in Oklahoma.

For a time, Tork taught at two private schools in the Los Angeles area but found his niche performing at folk festivals and small clubs and coaching pop and rock performers.
Fueled by reruns of the TV show, Monkeemania returned in the 1980s, prompting Tork to reunite with Dolenz and Jones in 1986 for a three-year tour. After Jones died in 2012, the trio of Nesmith, Tork and Dolenz got together for a reunion tour later that year. Tork and Dolenz played as a duo as recently as 2016.
Tork was interviewed by The Times in 2013. He’d just released a new blues record with his own band. “I’m having a great time,” he said. “I guess I’m still just a young hippie-folkie-rocker at heart, learning to play the blues.”

Over the decades, Tork performed in more than a dozen bands but never matched his early success in the Monkees, in which he essentially played the part of the good-hearted bumbler on the television show.
Tork often said “the best Monkees music ever generated” was “Riu Chiu,” an a cappella carol in medieval Spanish that the group sang live on a Christmas episode. He regarded “Pleasant Valley Sunday” as the band’s best single.
His composition “For Pete’s Sake” was used during the show’s second-season credits. He also penned some vocals for several Monkees albums, including for the songs “Auntie Grizelda” and “Shades of Gray.” On the show, he mainly played bass guitar.

On television, Tork had the occasional guest role, appearing as Topanga’s hippie father on “Boy Meets World” and on “7th Heaven.”
A recovering alcoholic, he often said he had been sober since the early 1980s and that the drinking left him with “mediocre singing skills.” But lessons he took while living in Marin County improved his voice, he recalled in 1992, soon after moving to Venice.
With a friend from his pre-Monkees days, singer-songwriter James Lee Stanley, Tork sang as a pop-music duo. He formed his most recent band, Shoe Suede Blues, in 1994.
Although Tork could bemoan “the Monkee on his back,” he acknowledged that he could not escape his musical past. Shoe Suede Blues specialized in blues music but often faithfully covered such Monkees songs as “(I’m Not Your) Steppin’ Stone” and “A Little Bit Me, a Little Bit You.”
“I’ve been trying to get the guys to play these songs in an ultimately bluesy way, but they go, ‘No, no. … Give them a song the way they first heard it and their little hearts go a-flutter,’ ” he said some years ago. “So I was outvoted.”

Tributes: I’m sad to hear about Peter Tork passing. I thought The Monkees were great and Peter will be missed. Love & mercy to Peter’s family, friends and fans. – Brian Wilson on Twitter

“RIP, Peter Tork.  Condolences to his family and loved ones. Peter was so adorable! I loved the Monkees when it reran in the 70s. Thank you for all the fun. Now I want to watch the Monkees again.” – Actress Ming-Na Wen